I was 9 in 1985 when my 8 year old cousin Jennifer was murdered by her step-father. He raped and killed her in front of her little brother (his biological son) and my little brother/ who ultimately became key witnesses for the state. James received 40 years in prison. Fast forward 7 years later to March 25, 1992. Six days after my 16th birthday. I was arrested/ charged with First Degree Intentional Homicide-Party To A Crime, waived as an adult, convicted, and sentenced to life in prison without the possibility of parole until the year 2037. In other words, I can't even be considered for parole until I'm 61.

I will never disagree with the practice of locking people up. However/,I can't seem to wrap my mind around how, in one instance an adult man can commit rape and murder and be sentenced to 40 years. Yet a child who commits murder or is even party to the crime can be sentenced to life. Does that make any sense to you? I understand laws changed drastically over the years but there's still something very wrong with this picture. Okay, every man/ woman/ boy or girl who gets convicted of First Degree Intentional Homicide will automatically receive a life sentence per the law. Urn/ my cousin's step-father knowingly and intentionally strangled my cousin to death after raping her- Surely he should be in a cell next to mines—right? But see/ that's just one of the many contradictions in the law that makes me sick to my stomach. Of course it's much deeper than that but that's not the point I'm trying to convey here.

My point is simply this, if a 40 year old man can be deemed salvageable after serving 10 years for a crime or crimes just as severe as those committed by children/ then why can't a 16 year old after serving 18 years? Please know that I do not intend to minimize the seriousness of my offense by pointing out the offenses of another. I'm well aware of the pain and suffering my offense caused the victim's family, my family, and the community as a whole and I accept full responsibility for my actions; past/ present/ and future. I JUST DON'T UNDERSTAND HOW A CHILD CAN BE WVIVED AND SENTENCED AS AN ADULT WEN ADULTS DON'T EVEN GET SENTENCED AS SUCH! I think I speak for all one time juvenile offenders serving life sentences when I say, if we've proven to be rehabilitated, why keep us?

I'll turn 34 soon and will have 18 years in days thereafter. I was one of the first 16 year olds to enter the Columbia Correctional Institution and I'm nothing like the scared, immature, confused, self-destructive little boy I was back then. I didn't hesitate to throw caution or my life into the wind because I didn't have the least bit of appreciation for either- That has long since changed. But with my current appreciation for life and everything it has to offer comes the pain, depression and despair of knowing the man I am today will probably never get the opportunity to live up to my full potential as I am forced to remain in prison. James got a second chance, why can't I?

Before and after
Andrae at time of arrest and below, Andrae now 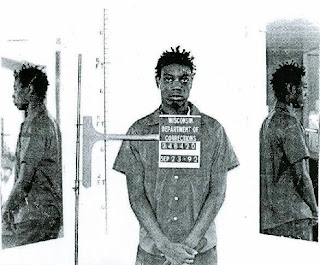 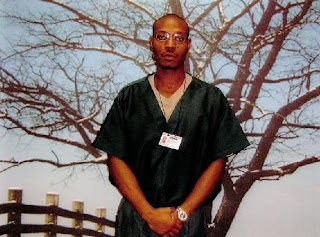 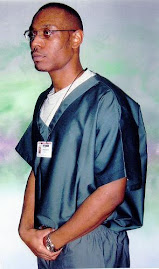